This year’s Three Peaks Challenge by Rail raised close to £165,000 for Railway Children, bringing the total raised for the charity to £2.4 million.

Three Peaks by Rail was launched in 2004. A team from the Department for Transport achieved the fastest time this year, completing the combined 11,200 feet of climbing in just 13 hours 3 minutes and 30 seconds.

Says Katie Mason, events manager from Railway Children, ‘This year we introduced a new award for ‘Best Team Support’, which was won by Ashurst. One of their young team members, Michael Smith, lost most of his sight a few years ago, yet still managed to climb every mountain with help from his team members, who talked him through each step. It was very emotional and inspiring when they crossed the finish line at Ben Nevis.’

A team from Rail Media completed the gruelling challenge along with 39 teams. Teams tackled Britain’s three tallest mountains in one weekend.

Starting at Euston and picking up more climbers at Crewe, the first stop was Bangor where, after a short coach ride, the teams tackled Snowdon in the dark, rain and mist. Not pleasant, but there was still a sense of achievement once the first peak was reached.

The Rail Media team of Adam O’Connor, Jolene Price, Karen Edwards and Paul O’Connor were all snug in their waterproofs that had been supplied for the occasion by PPE specialists Orbit International and Gore Workwear, along with head torches from Tower.

Ravenglass was the next stop, where a change of trains onto the narrow-gauge Ravenglass and Eskdale Railway brought hikers closer to Scafell Pike, although it was still a two-hour walk to the bottom of the mountain. After a sunny and drizzly climb, it was off to Fort William to tackle Ben Nevis. This time the weather was much better so a good view greeted the 39 teams, all of which completed the course. A very happy, and tired, group made it back to the train for home.

Says Rail Media’s Paul O’Connor, who completed the challenge for the fourth time, ’As soon as you step back onto the train having completed Ben Nevis, you say to yourself ‘never again’, but a couple of months later you’re signing up for next year. There’s something addictive about it.

‘Physically, it is a real challenge, but the support team are amazing and the atmosphere among those taking part really helps to drive you on.’ 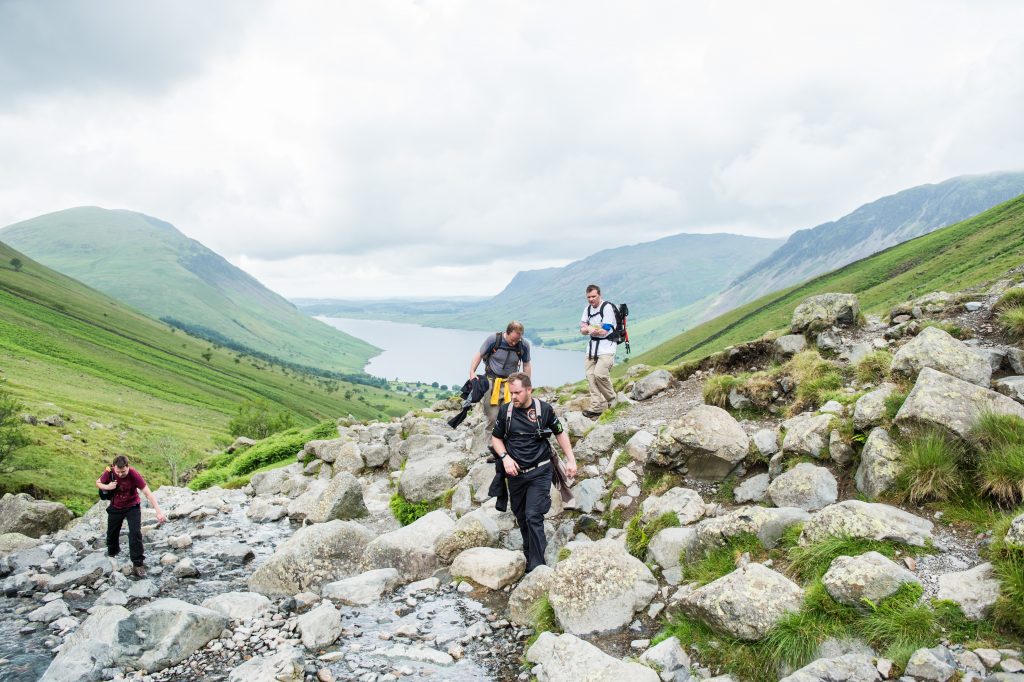 Katie Mason thanked the legion of support staff who crewed the train and looked after the climbers. ‘The on-board crew of volunteers were amazing as always, preparing delicious food and refreshments. Their unrivalled commitment has been an integral part of everything we have achieved over the years. A special thanks also needs to go to one of our train drivers, who donated his day’s salary to the charity and the companies supporting this year’s challenge – Riviera, DRS, Network Rail, Ravenglass & Eskdale Railway, ATOC and Rail Gourmet.’

Paul O’Connor added, ‘It’s a great cause to support and a small sacrifice to make given the situations of the thousands of children and young people the charity supports.’