What next for the Great North Rail Project?

If you’ve ever caught the 17.49 train from Leeds to Manchester on a Friday night, you’ll understand how essential the Transpennine Route Upgrade (TRU) is to the region, explained Chris Montgomery, Network Rail’s major programme director for Northern Programmes.

As someone who regularly makes the journey between Network Rail’s offices in Manchester and York, Chris should know.

TRU sits at the centre of the Great North Rail Project. It will increase capacity on the route and improve journey times between the North’s major cities.

Network Rail has spent the past two years carefully planning the scheme having learned lessons from some of the difficulties faced on previous large, multi-discipline projects.

The options are now all on the table and the delivery team are ready to get started. “Now the hard work really begins,” said Chris.

Following government approval, TRU will become one of Network Rail’s flagship project for CP6 and has been welcomed by passengers across the North. The transport secretary has described a £3 billion investment in the Transpennine route

“Just to give you the scale of how big TRU could be when finished, there are currently 800 seats traversing the Pennines every hour. That will increase when we’ve finished our work, to over 1,500,” said Chris, who oversaw the redevelopment of Birmingham New Street station before leading the latter phases of the North West Electrification programme (NWEP) and delivery of the iconic Ordsall Chord.

What will TRU actually entail? The route itself comprises 122 km of track, eight tunnels, 15 viaducts, 25 stations and 270 bridges. The engineers involved face numerous challenges, not least the location. Chris compared the project to turning a hillside B-road into a dual carriageway.

Network Rail has worked on potential infrastructure options for the Transpennine Route Upgrade and has now submitted several options to the Department for Transport (DfT) for consideration.

On 10 May, transport secretary Chris Grayling and chief executive Mark Carne, presented Network Rail’s digital strategy at a launch event in York. TRU will see the first application of traffic management outside of the South East but, to be effective, the extensive infrastructure works will still be required to deliver the required capacity improvements.

“Once we have provided the ability for trains to overtake one another, then digital comes into its own and you’ll really be able harness the power of digital to actually create a more efficient timetable. 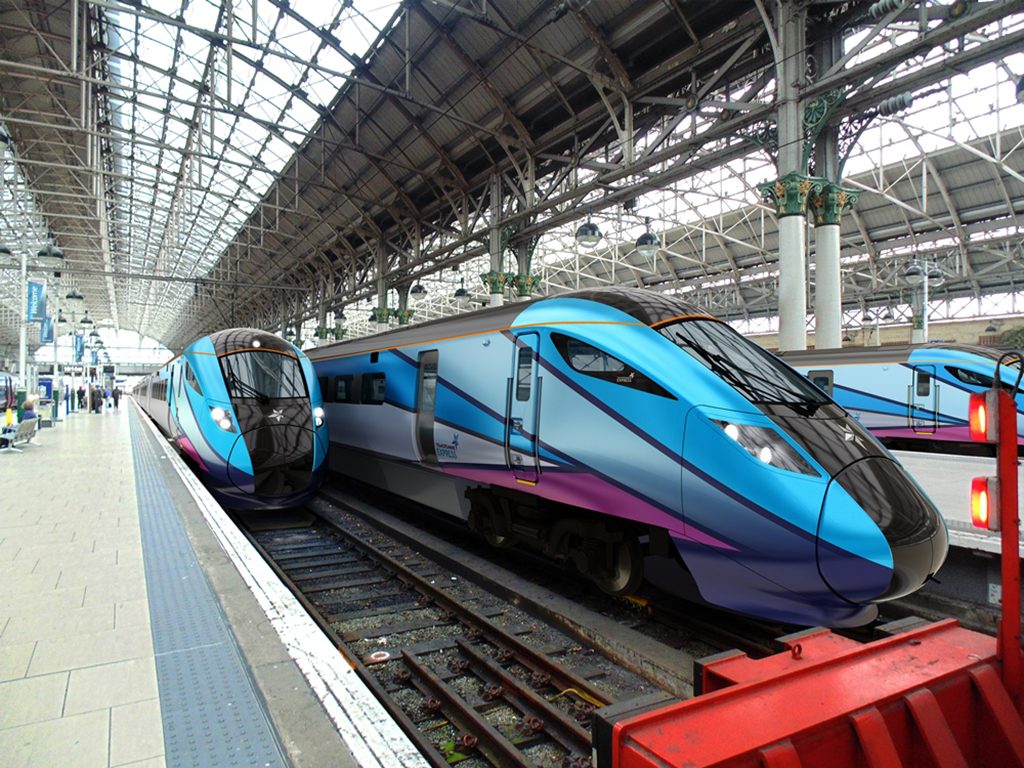 Each of the planned interventions for TRU will deliver tangible improvements, said Chris, comparable to the benefits that have been achieved with the commissioning of each phase of the North West Electrification Project (NWEP).

Phases one and two were delivered by March 2015, electrifying the route between Manchester, Manchester Airport and Liverpool.

Phase three – the electrification of the line between Blackpool North and Preston – has just been commissioned and phase four is expected to be completed by the December 2018 timetable change.

A 16-day blockade was also recently completed to improve line speeds between Manchester and Stalybridge – part of the final section of work for Phase five. “It’s not one big project. It’s lots and lots and lots of separate interventions,” said Chris.

Although the project is delivering benefits to passengers in the North West, Chris believes there are a lot of lessons to learn.

Phase four has encountered numerous challenges, including poor ground conditions, collapsing structures and the demise of its principal contractor, Carillion. Like several other major schemes committed to during CP5, NWEP suffered from deficiencies at the design stage which, according to Chris, put tremendous pressure on the electrification programme’s fixed end date.

Chris said: “Unforeseen challenging ground conditions, changes in the electrical regulations while the project was in full flight and the demise of Carillion have slowed progress on the Manchester-Preston upgrade. With Amey now our main contractor, we are making good progress towards completion this autumn.”

As with Ordsall Chord, TRU will adopt an alliancing model. Two alliances have been awarded contracts for the East of Leeds (VolkerRail, J. Murphy & Sons and Siemens) and the West of Leeds (Amey, BAM Nuttall and Arup).

Chris believes alliances are the natural approach for complex, multi-disciplinary schemes. They bring contractors into the process earlier and ensure all parties are working to a set of shared objectives. Even though alliances don’t suit every project, said Chris, they give Network Rail the opportunity to move away from a traditional hub-and-spoke model where Network Rail holds all the risk and collaboration between contractors is less forthcoming.

Chris said: “When we are given the time to plan and develop a scheme properly and have a proper alliance where all the contractors and the clients have bought into the same objectives you then have the opportunity to perform.”

He added: “In our industry – with our large, complex, multi-discipline schemes – it’s got to be seen as the way forward.”

Unlike Ordsall Chord, designers have been included in the TRU alliances. Chris believes this will result in fewer issues during the construction phase and give designers a better understanding of how they can potentially maximise possession periods and minimise safety risk.

Network Rail undertook a 12-month tender period for TRU, setting out the scope of the works to the supply chain and encouraging businesses to form their own alliances. “If we went out and procured lots and lots of individual contractors and just threw them all into the mix together, it wouldn’t work,” said Chris. “It’s far better for them to form their own teams and then come to us and that’s just what we’ve done.”

Work is due to start on TRU next year and will continue deep into the 2020s.

The length of the programme will allow Network Rail and its alliance partners to invest more in training and resources, said Chris, and will provide the supply chain with the stability it craves.

Asked whether he thought having an alliance model provided more opportunity for staff development, Chris said: “Massively – because when we have an alliance we end up with the best person for the job, so in many cases that will mean Network Rail staff actually stepping into the world of the contractor and contractor staff understanding better what Network Rail do. In terms of building your broader skill level and competence level up, there’s a real opportunity.”

However, Chris is mindful that TRU is competing with the likes of HS2, Thames Tideway and Hinckley Point to attract the best engineering workforce possible.

“The biggest skills challenge we have is the rest of the market,” said Chris. “What we’ve got to do is make our work attractive to the supply chain and the operatives to want to come and work for us. I see alliancing as going a long way towards doing that. A much better working environment, a more stable working environment where we can train and bring that competence level up.”

Chris said he had spoken to his team about the opportunity to leave a legacy with TRU, something they can be proud to say they were part of. TRU promises to be a scheme which will offer unmistakable benefits for passengers, particularly those on the 17:49 train to Manchester.