In 2012, Network Rail introduced its Fair Payment Charter – a voluntary scheme which encouraged the industry’s biggest contractors to pay their suppliers faster. It wasn’t a contractual obligation to adopt the charter but what it did was make fair payment a moral issue for contractors.

Thirty of Network Rail’s main suppliers initially signed up to the charter, collectively agreeing to reduce payment terms from 56 to 28 days. Six years on, Network Rail believes the charter has been a success.

“We had a sense that support for the fair payment charter was sitting somewhere between 55 to 75 per cent,” said Stephen, who helped to draft the charter seven years ago. “The target was always to make it business as usual and we left open what that meant.”

Stephen believes Network Rail’s Fair Payment Charter has been one of the most successful charters of its kind in the UK and, from the next control period, the organisation will take what it describes as the natural next step by making the shorter payment terms contractually binding.

“They’re already in the right place morally. They have experience and practices put in place to support it,” said Stephen, who sat down with RailStaff after Network Rail’s National Supplier Conference in June to explain what it will mean in practice.

Changes to contract terms in CP6 will require suppliers to pay their subcontractors within 28 days and end the practice of withholding a percentage of the payment until after the completion of a project – what are known as retention payments.

Retentions, which can be anything between 3-5 per cent of the total cost of the works, are used across the UK construction sector and are employed by companies to try and shield themselves from shoddy workmanship.

While half is often released upon completion of the project, the rest can be retained for around a year.

For smaller suppliers retentions represent a huge cash flow issue and can often be difficult to recover. Stephen said he has never been convinced that retentions actually provide the protection that companies believe they do and that the focus should be on procuring high quality goods and services from the start.

“We as the client and they as the tier ones have always bought right-first-time quality delivery – that’s what we pay for,” said Stephen.

Network Rail believes the rail industry will become the first sector in the UK construction industry to enforce these payment terms – the significance of which was highlighted with Carillion’s liquidation earlier this year.

The company’s commitment to 28-day payment terms helped reduce the number of suppliers that were left chasing payment following its collapse in January. But Stephen wanted to stress that these changes aren’t a response to Carillion.

In a statement formally announcing the introduction of the new contract terms, Stephen said: “The Fair Payment Charter was about recognising that cash flow is the ‘life blood’ for every supplier by committing to pay for goods and services in a fair, predictable and timely way. Harnessing the support we have already received from our major suppliers, we have simply taken the next natural step and formalised that approach for CP6. Culturally, it sends a huge signal as to the value we place on a sustainable supply chain and the way we want to do business.

“We recognise the challenges faced by smaller suppliers and are in a position to influence the way work on our railway is delivered and paid for. It is in our interest to have a sustainable supply chain at all levels – they are vital to the successful delivery of our projects and the safe operation of Britain’s railway.”

He added: “The changes will make a significant difference to smaller suppliers in particular, who rely on regular cash flow to operate successfully. We want to foster an environment that is fair, sustainable and encourages growth; but this is not at the expense of our larger suppliers. The changes are something our major contractors are very supportive of and we continue to work closely with them to help manage this effectively. For instance, we have created best practice T&Cs to adopt with their own supply chain.”

In addition to overhauling payment terms, Network Rail is introducing project bank accounts on a number of its major schemes. In future the payments made by Network Rail to tier ones and by tier ones to their subcontractors will be far more transparent.

Stephen believes steps like these help to make rail a leader in fair payment and more attractive to suppliers across the construction sector. “For SMEs, this makes rail very favourable when compared to other UK construction sectors and helps ensure that we remain a client of choice in an increasingly competitive market.”

A number of suppliers and stakeholders, including the Civil Engineering Contractors Association (CECA) have welcomed the decision to formalise the charter’s payment terms. 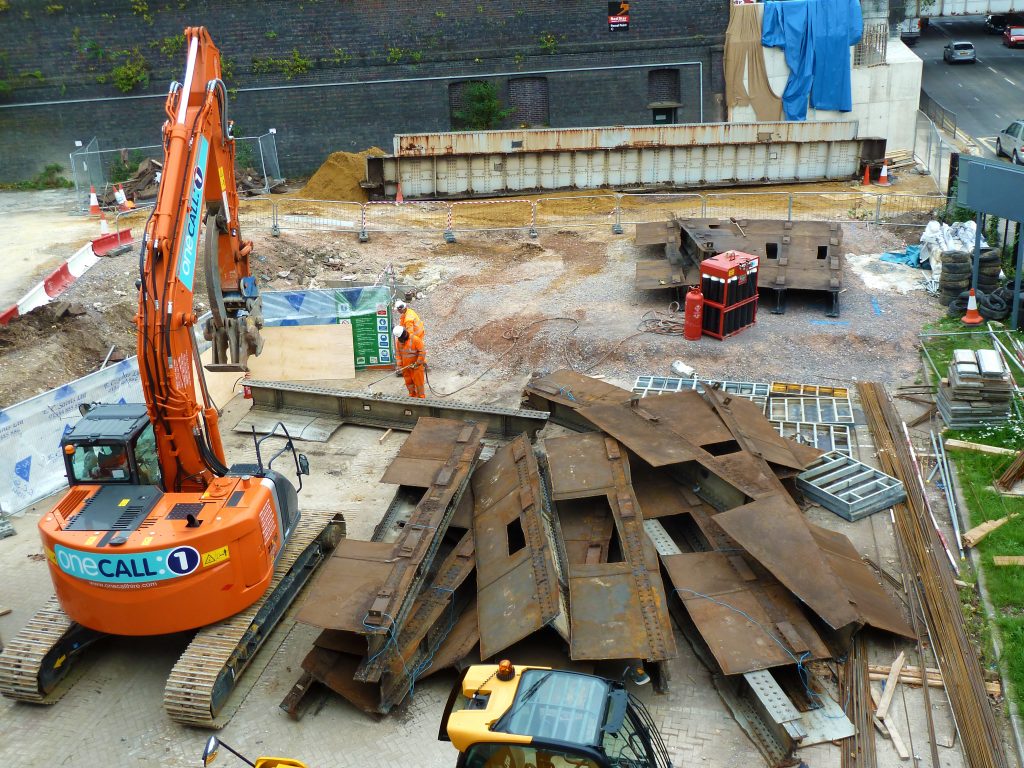 Alastair Reisner, managing director of CECA, said: “Real change in industry requires real leadership. Since its Fair Payment Charter, Network Rail has provided this leadership. It has worked with its suppliers in a managed process to roll out prompt payment and is proving that, where there is a will, clients and industry can work together to axe unwanted and costly retentions.”

John Cox, managing director (Rail), VolkerFitzpatrick, said: “VolkerFitzpatrick, in support of the leadership shown by Network Rail, consider the financial health of our supply chain to be of critical importance to meet our delivery commitments and as such we are fully supportive of formalising our commitment to fixed payment terms of no more than 28 days and the avoidance of holding retentions on our supply chain.”

Andries Liebenberg, managing director, AMCO, added: “Network Rail’s introduction of sub contract payment terms and abolition of retentions is wholeheartedly endorsed by AMCO. Through this, Network Rail are recognising the value and contribution of the whole supply chain, and extending the collaborative principles already established through the Fair Payment Charter.

“This is an industry leading example of how to embrace the supply chain and demonstrates how we can all work together to bring efficiency, value, and a great service to our collective stakeholders and customers.”