The Rail Safety Summit: A safer railway for CP6

While the statistics show that working on the railway in 2018 is a far safer vocation than it was decades ago, staff still face many of the same risks.

The very first Rail Safety Summit discussed the dangers of red zone working and the risks associated with the poor planning and management of work. These, of course, remain areas of concern, but other issues have also grown in prominence in the past few years.

Since that first conference in 2010, more attention has been paid to the wellbeing of staff out on the network. There is now more guidance and awareness about the risk of silica dust inhalation, fatigue and mental health – to name just a few.

“Back in 2010, the first Safety Summit attracted around 200 delegates and exhibitors. In an article in 2011, I quoted a speaker who said ‘rules, procedures and systems do not change safety cultures, in fact they sustain the existing culture’,” said RailStaff resident safety expert and civil engineer Colin Wheeler, who will be hosting the event again this year.

“Years ago, I recall the time when around 30 workers would be hit by trains and killed on track each year. Her Majesty’s Railway Inspectorate’s report commented that the railways were safer than the mines and almost as good as the construction industry. Things have significantly improved since then.”

The Rail Safety Summit 2018 will be held at Addleshaw Goddard in London on 1 November.

This year’s event will help preview the changing landscape for CP6. Network Rail’s responsibilities around safety are being devolved to eight route businesses with eight new route directors.

Simon Ancona, COO for the Anglia route, will be giving a presentation in the afternoon about what exactly this will mean in practice. Simon joined Network Rail Anglia around a year ago. He has a background in defence and security, having spent the early years of his career in warships and helicopters – later commanding destroyers, a frigate and an aircraft carrier-based task group.

There will be presentations from the ORR’s director of railway safety, Ian Prosser, and the RAIB’s chief inspector, Simon French, which will focus on the impact from the Croydon tram crash. There will also be sessions from the safety, quality and environment director at MTR Crossrail, Mark Starkey, and ASLEF general secretary Mick Whelan. 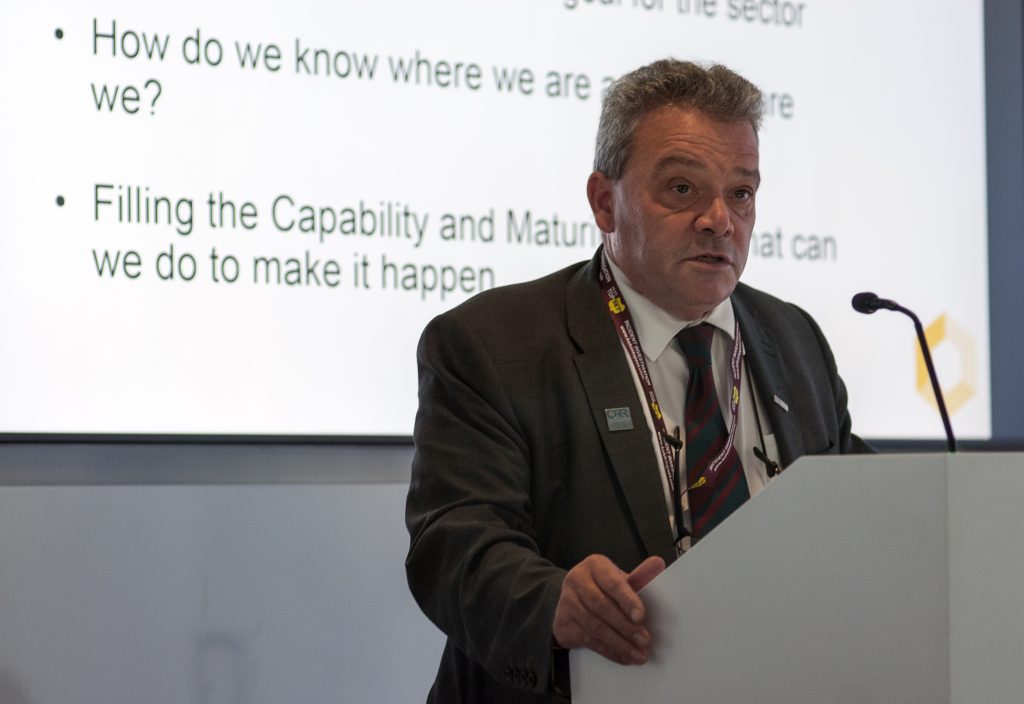 The 2018 Rail Safety Summit agenda also has a particular focus on wellbeing and mental health. Network Rail’s chief medical officer, Richard Peters, and mental wellbeing champion, Sharon Stevens, will discuss the methods employed by Network Rail to identify and address mental ill health within the organisation. A joint presentation from the RSSB and RDG will also provide the overall industry strategy around safety and wellbeing which will be followed by an introduction to the contractor’s perspective by Costain’s rail SHE director, Nicola Uijen.

Discussing the line up of confirmed speakers for this year’s summit, Colin said: “The summit starting point this year is safety leadership and the motivation of people. Speakers from the ORR, RAIB and the ASLEF trade union will speak about the lessons for us to learn from the Croydon Tram crash. Later route devolution, mental health and pointedly the safe delivery of work during limited engineering hours will all be addressed.

“Despite the growth in use of our railways, worker fatalities have become rare events. I am increasingly concerned by the number of near misses that I find myself writing about. I urge everyone to put 1 November in their diaries now and help make rail working safer for everyone.”

The event is made possible thanks to support from this year’s sponsors: Panasonic Business, Traka and Kelvin Top-Set. As well as having the opportunity to learn and share best practice with leaders in the field of railway health and safety, delegates will also be able to claim CPD hours from the presentations they attend.

Tom O’Connor, managing director of Rail Media, said: “The Rail Safety Summit has become one of those events that helps to set the agenda within our industry and we’re thrilled to welcome back so many expert voices in the field of railway health and safety.

“The long-term safety trend appears positive, but we are still hearing about incidents on a regular basis and reading reports about serious near misses. It’s clear looking back at all of the speakers, companies and delegates that have attended and supported the event in the past that the railway is committed to safety, but there is always more that we can do.”

Previous articleMPs look to give electrification a jolt
Next articleThe ripple effect: Dealing with trauma