RailSport 2018: Speed, stamina and passion at the 25th annual games

Between 8-9 September, the long-running industry sports event welcomed hundreds of competitors back to Loughborough to challenge rivals old and new for a RailSport medal.

A number of competitors played across multiple sports and travelled between venues to cheer on colleagues over the course of the weekend.

Pal Mahindru, a Great Western Railway customer service host who is based at Paddington, was part of the seven-man Paddington CHFC squad. They regularly play football together but 2018 was their first RailSport Games.

“It’s been a great experience and we’ve made some lifetime memories, it’s definitely something I will always remember,” he said.

“Football brings the whole team closer together. Some work late shifts and some earlys, sometimes we don’t even get to interact because when we start, they finish, so it’s opportunities when we play football together that we get to know each other. We stay in a hotel and eat dinner together, we get to have a laugh with each other and get to know and trust each other more. When we work together it’s more of a laugh and we enjoy the job role more and do our job to a greater standard I would say.”

On the other side of the campus, Hitachi Infocon came out on top in the rounders competition with a win over Unipart Rail.

YRP’s Ellis Rust recorded the fastest time in the men’s 10k run, clocking 45 minutes and 36 seconds. Dan Norman from Mors Smitt was just 12 seconds down the road. The two fastest times in the 5k were separated by just 24 seconds, as Unipart Rail’s Darren Smith finished narrowly ahead of Freightliner’s Clive Slayford.

Elizabeth Surrey from MTR Crossrail finished the women’s 10k in the quickest time (54 minutes) while Sabrina Ihaddaden recorded the fastest 5k with a time of 27 minutes and 28 seconds.

Forty-eight cyclists, including competitors from Network Rail, Porterbrook, London North Western Railway and Freightliner, arrived for day two of the RailSport Games to tackle either the 65km, 100km or 160km cycle sportive routes. Timings for the running, cycling and triathlon can all be found on the RailSport website.

Meanwhile, in a quiet corner, the chess tournament got underway. Trevor Jones, who finished fourth in 2017, won the gold medal, with Alan Giles taking silver and Dave Stuttard winning the bronze.

In the badminton, there was a double celebration for Richard Tan who won both the singles and mixed doubles, alongside his partner Anne Chow. The women’s singles was won by Katie Mitchell from Arriva Trains Wales.

Arena Billiards was the venue for the RailSport darts tournament on Saturday evening. Conrado Gamban came first in the singles, beating Lee Topper in the final. Lee went on to win the final of the doubles competition with partner Tony Course against Darren Bowell and Conrado. 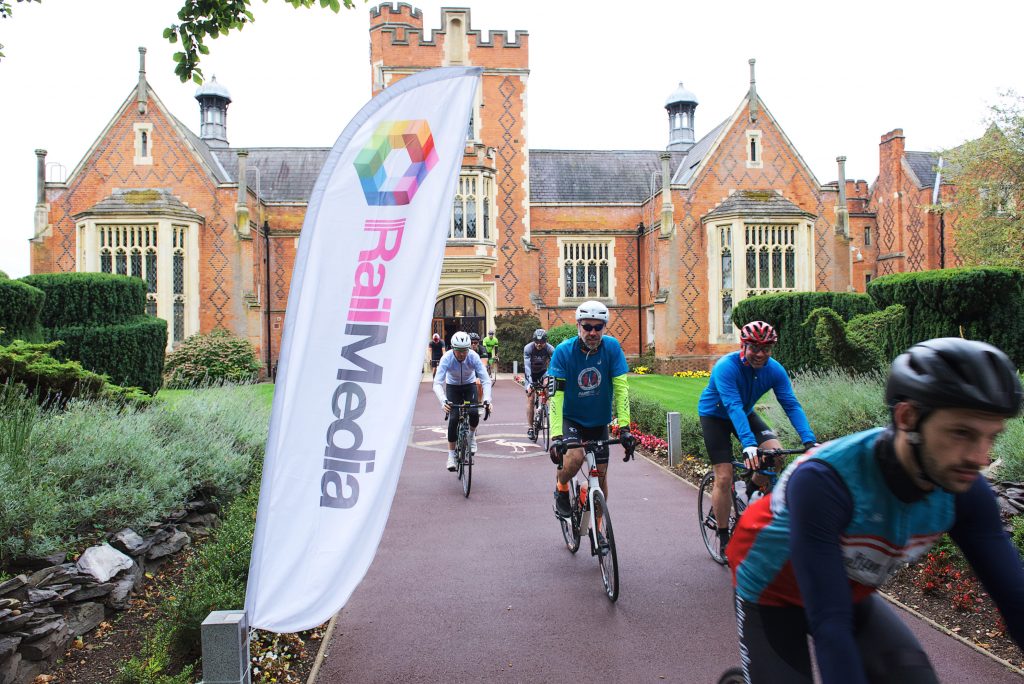 James Hornsby, projects director for RailSport sponsor ESG Rail, said: “As a sponsor and supporter of RailSport, DB ESG was pleased to attend the event this weekend. Although we did not enter any teams, it was good to see colleagues from across the industry competing at the event, particularly the football which brings out the competitive side in everyone. The event was organised well and all of the staff were helpful and friendly – even managed to get a goody bag.”

One of the Games’ biggest teams came from Unipart Rail, which entered 24 competitors across football, badminton, rounders, running, triathlon and cycling.

“Absolutely everybody, and this is without exception, loved it,” said HR partner Amanda Kendrick. “They’ve said to me: ‘we need to get more people to come next year’ and ‘we’ll tell people how brilliant it was’.

“It was a real team effort weekend. We had people in a number of different sports, we had people in rounders, people in the running events – people weren’t seasoned runners but they got personals bests – stuff like that. And we went out on the Saturday night. It was a really good team building experience.”

Rail Media’s managing director, Tom O’Connor, added: “Sport is brilliant at bringing people together and it was great to see so many people from so many different railway businesses taking part this year. The team enjoyed getting to know everyone and we really appreciate your feedback.

“We want to thank our sponsors ESG Rail and Pulsar for getting behind the RailSport Games. The event promotes team building and the wellbeing of our workforce – two things that are essential if we are to keep moving forward as an industry.

“I also want to thank everyone who entered and say congratulations to those who headed back home with a medal around their neck.”