Delays and cancellations on the line due to unauthorised access especially from those contemplating suicide are all too common. Fatalities are another troubling reality for staff on the front line, with 273 suicides or suspected suicides on the railway throughout 2016-17. This figure could well have been much higher were it not for the vigilance of railway staff and police officers across the network.

Around 18 months ago, Vital was approached by Network Rail to help identify and address the costly root causes of disruption on the LNE and East Midlands route. As the primary supplier of contingent labour, Vital took on the responsibility, hiring 12 new trespass and vandalism patrollers as part of a trial scheme to support the efforts of Network Rail, train operators and the British Transport Police (BTP).

The trial has proven successful. In 2017/18, the Thameslink area reported a 53 per cent reduction in suicides off the back of Operation Regatta – a joint Network Rail/BTP/TOC operation of which Vital formed the backbone. Over the course of a year, Vital patrollers spent 157,680 hours out on the network and contributed to a significant number of the more than 50 lifesaving interventions reported.

Network Rail recently extended the scheme for the next five years, with 40 patrollers now deployed along the route.

“For me, over and above everything else, it all comes down to making everything safe,” said Sonia Andrews, the business operations manager for Vital’s rail division. “The public need to be safe but those who are working on the rail or travelling on trains need to be safe equally.”

The primary role of the patrollers is to identify unauthorised access, especially to prevent suicide, that could affect the operational running of the railway. Travelling in teams of two, they ensure access gates and the boundary line are secure, carrying out minor repairs if needs be. But they are also there to act as a visual deterrent ready to intervene and feed back important intelligence to Network Rail and the BTP.

Patrollers log in with Network Rail control at the beginning of each shift and are despatched to reported unauthorised access. They also spend time on station platforms, handing out cards with contact details for BTP and Samaritans to encourage passengers to report anything of concern.

The patrollers also take an active role with the travelling public. Vital has said that since the start of the trial programme its patrollers have been involved in a large number of potentially life-saving interventions. Every patroller receives Samaritans training, explains Sonia, to make sure they have the skills to sensitively approach members of the public who may be considering ending their own lives.

Last year, one of Vital’s patrollers, Iman Masoud, was involved in an intervention at New Southgate station. Iman spoke to a member of the public who appeared to be in distress while a colleague contacted the BTP and had all passing trains stopped. He was rewarded for his actions by attending a suicide prevention event at the Houses of Parliament for this and two other lives he saved.

Sonia said: “That’s how high-profile this whole contract can be because the realism is all of the interventions, no matter how small they may appear, when others may not notice the most vulnerable of society, our patrollers are there reaching out trying to engage, trying to communicate, that really does make a difference and, as a result, it is very much acknowledged at a very high level.” 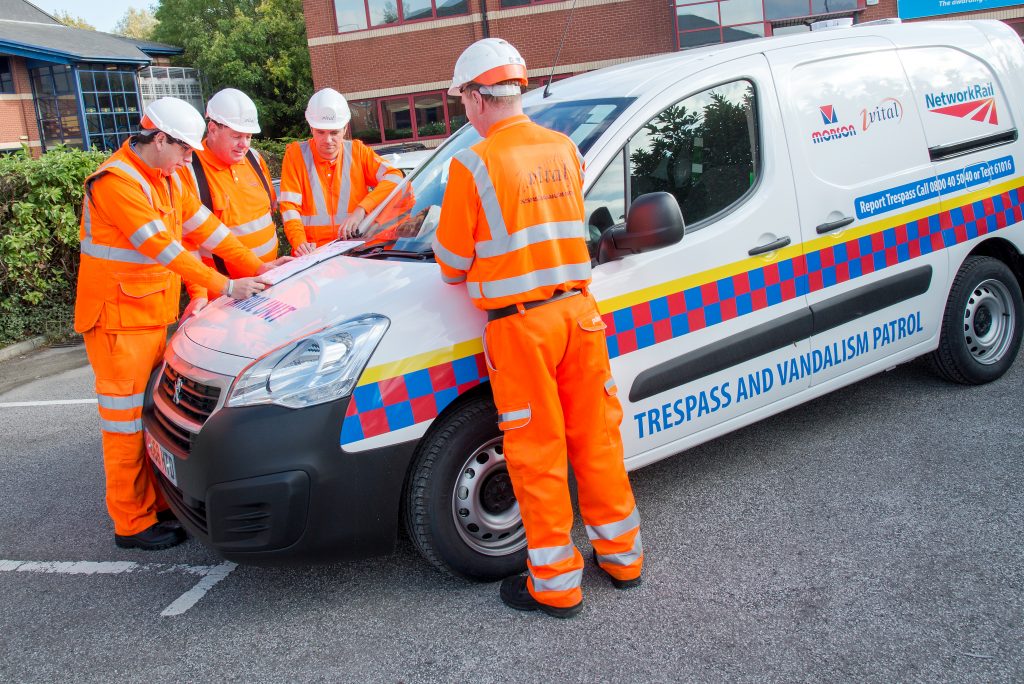 While patrollers are encouraged to actively approach and provide support, encountering people who may have accessed the railway to do themselves harm can be a potentially dangerous activity.

“Though they are there to intervene it’s more of a sensitive verbal exchange,” said Sonia. “If anything does start to move in an unsatisfactory way they will be straight on the phone to BTP control to advise them. If they ever feel threatened, if they can see that the situation has the potential to escalate, the BTP are only a phone call away.”

There’s also additional responsibility on senior managers and supervisors to support their staff, particularly following traumatic incidents. Training is provided by Vital to its management so they are able to offer appropriate support and counselling if required.

Sonia added: “Who knows what’s ahead of us. I don’t know the situations the patrollers are going to encounter and my patrollers need to know that I’m able to support them and that Vital as a business are there to support. We do have that mechanism in place.”

Vital was selected based on extensive experience of providing safety critical roles to the rail industry with patrollers that are all COSS competent and knowledgable about the risks railways pose. They also know the routes they are patrolling. Some have been working in the industry for almost 30 years, but experience isn’t the only quality that Vital looks for in its patrollers.

She added: “I need them to be empathetic, caring, understanding, very self motivated because, at times, potentially they may be travelling around and performing quite mundane tasks but equally important such as checking access gates time and time again, but in a different space I need them to have strong relationship building capabilities because for this to be able to work, it’s all about working in partnership.

“They’re not isolated, they’re not just working with the British Transport Police, they’re representing Vital, Network Rail and the wider rail collaboration, so they have to build those relationships with the station managers, with the mobile operations managers, with all of the BTP officers, with the public as well.”

Previous articleA holistic approach to health and wellbeing
Next articleHas health and safety had its day?