Virgin Trains has unveiled the first of its new fleet of Azuma trains in a ceremony at King’s Cross attended by Sir Richard Branson.

The new fleet could get journey times between Edinburgh and London down to about four hours. Azuma means ‘east’ in Japanese. The Azumas are being assembled by Hitachi at its plant in Newton Aycliffe, County Durham.

‘We’ll be adding 65 Virgin Azuma trains to our fleet from 2018, providing an extra 12,200 seats to services on a new and improved timetable,’ says Sir Richard Branson. ‘What’s more, the Azumas have the potential to reach speeds of 140mph (subject to Network Rail delivering on the track), meaning our passengers will get to their destinations much quicker. It’s an incredibly exciting time for all of us at Virgin Trains East Coast and for passengers across the UK.’

Secretary of State for Transport Patrick McLoughlin said, ‘Intercity Express trains heading to Virgin Trains East Coast will transform rail travel for passengers between London, the north east and Scotland. These new trains, combined with Virgin’s exciting plans for the franchise, will provide more services, more seats, and faster journeys, helping to place passengers at the heart of the railway.’

Whilst the trains will initially reach speeds of up to 125mph, a cross-industry working group, including Network Rail, will investigate the potential for the East Coast route to enable their operation at 140mph. 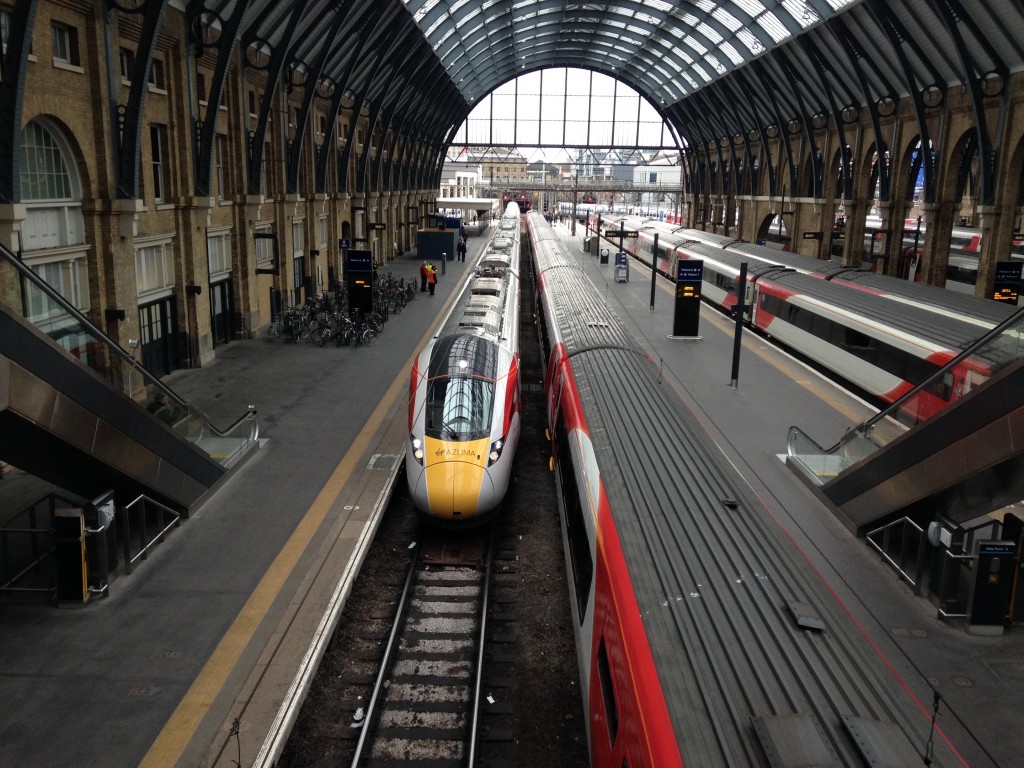 The faster journeys will make direct routes to new destinations such as Middlesbrough and Huddersfield possible, as well as a big increase in through services to places such as Harrogate and Lincoln.

Says David Horne, managing director of Virgin Trains East Coast, ‘Since Virgin Trains launched services on the East Coast in 2015, we have committed more than £40 million to improving our existing fleet for passengers. As part of this we’re bringing in brand new interiors with new seats in both first and standard, new carpets and mood-lighting – a first for trains in the UK.

‘I’m delighted that today we have been able to showcase how that transformation will continue, with the first of our brand- new Azumas alongside one of our existing spruced-up fleet.

‘We’ve already celebrated the return of the restored Flying Scotsman to the route and now we are able to celebrate the stars of tomorrow, count down to 2018, and usher in a new era for the East Coast.’

The train unveiled at King’s Cross is a test train which has measuring equipment on board rather than seats.

Previous articleOpinion: Now you see it, now you don’t
Next articleCommitted to the core – Interview with Balfour Beatty Rail’s managing director, Mark Bullock

In a first for UK engineering, an 11,000-tonne curved concrete box has been successfully pushed under the East Coast main line at Werrington near...
Read more
Rail News

A new £29 million Intermodal Rail Freight Terminal, that is being constructed by Winvic Construction for Prologis at its DIRFT intermodal logistics park in...
Read more